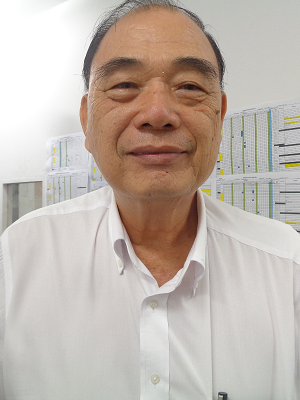 Class of 2009 Bachelor of Environmental and Occupational Health and Safety (Top-Up), The University Of Newcastle, Australia

School of Engineering and Technology

Those that triumph is committed to their dreams and have the patience to see them through. Peter Ang, now a retiree, previously, a Logistics Manager at Ten Tat Logistics, is one such devoted dreamer. Since his schooldays, Peter always had a love for learning. At one point, his family’s dire financial condition left him with no choice but to drop out of school and enter the workforce. He gave up on a choice that many take for granted- the chance to learn. Young Peter had to take up the responsibility of supporting his family, while his peers continued up the education ladder.

Forty years down the line, while most would have tucked away their dream as “expired” or “too late”, Ang decided to go back to school to finish his degree–by applying for the Bachelor of Environmental and Health & Safety degree with University of New-castle at PSB Academy. Not having touched a textbook in years, Ang embarked on his journey as a mature learner.

While many young men need time to re-acquaint themselves with studying after National Service, Ang mustered the courage to do it after forty years. He still reminisces of fond moments where he bonded with his grandchildren as they completed their assignments together. At PSB Academy, Ang was supported by a family of younger course-mates and lecturers who cared for him along his journey. If one should know one thing about a dream, it is that a dream has no expiry date, and Peter is the perfect success story.