Faculty Management
We are supported by a network of more than 200-strong qualified academic personnel as part of our teaching faculty. These lecturers include experienced industry practitioners who range from working professionals to industry advisors, entrepreneurs and accredited consultants. As the bulwark of our organisation, our teaching faculty share our mission and vision in nurturing talents with a global orientation, so that our graduates can be prepared for the demands of the Future Economy.
School of Foundation Studies
School of Foundation StudiesSchool of Business and ManagementSchool of Engineering and TechnologySchool of Life and Physical SciencesSchool of Postgraduate StudiesDigital Academy 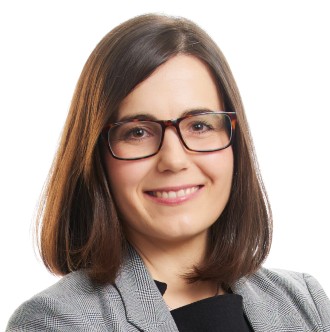 Ana Isabel Silva is an English Lecturer at PSB Academy since 2015. She has experience in teaching and teacher training. She received the graduate degree in English and German Languages (Pedagogical Studies) from University of Aveiro, Portugal, in 2006.

She covered a variety of courses ranging from Language to Literature and Pedagogy. She also studied at the Teacher’s College “Pädagögische Hochschule” in Heidelberg, Germany. After the degree, she worked as an English and German teacher at a Language School for two years, providing intensive language courses to learners with varying levels of proficiency. Afterwards, she continued her career as an English and head teacher at a secondary school for eight years. Ana is devoted to her work and passionate about teaching her students.

Ana has joined PSB Academy since 2015. Since then, she has been teaching students from different countries such as China, Korea, Vietnam, Thailand, Malaysia and Myanmar. They all come from different cultural backgrounds and that gives her a unique opportunity to bring them together and become a great melting pot of ideas and expressions. Ana hopes she inspires her students to be their fabulous best and her students definitely inspire her to be a passionate and devoted teacher.

Aside from her responsibilities in teaching, Ana contributes as a member of the Examination and Awards Board at PSB Academy.